Is It Wrong to Design Your Own Life? 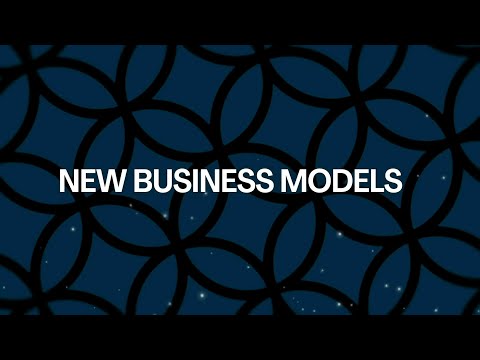 People don’t like differences in life. They wish for uniformity in society and want to label and categorize each person. Diversity is a threat to most people because it interferes with their classification of people, and forces them to accept differences – a concept people don’t like. Any person who stands out from the crowd is an outcast at work and among friends.

But who gives those people the authority to disregard differences you?

The reason why one is called out for being different is because s/he lets people define who they are. When a person doesn’t know who s/he is, then the world makes all (poor) attempts to do that job for them. Unfair, right?

People fear change because it brings a shift in their lifestyle and mindset, which puts them at discomfort. And that very change is brought about because of people with a rare vision. And these visionaries are the ones dethroning people with rigid thinking today.

Now when you go through your social media feed, you must see lots of people embracing their uniqueness by asserting their identity. Someone might sport vibrantly colored hair, or wear an eccentric outfit, speak in a different language, or bring fresh ideas to the table. And each one of them is proud of what they do. How amazing is that!

As a reaction to the general public’s intolerance to difference, the 21st-century’s ‘black sheep’ are taking a stand for themselves. The globalized world has started to develop respect for those who are different in mind, body, and soul. The ones who cherish their uniqueness are making efforts to exert their own identity.  Meanwhile, they are also educating others on ‘how to be good at being different’.

When a diverse collective rises, it requires a spokesperson for itself. This movement demands that potential leaders occupy the forefront. As much as the present time needs mental flexibility, it is also desperate for good leaders to create ripples in society.

So instead of asking questions on how to not be a scapegoat, think about how to make the best out of your uniqueness.

If you are different, embrace it.

If you have raging ideas in your head, nurture them.

and If you want to change the world, lead it.

Being an Outcast Is Better Than Being a Conformist

How many time have given up a dream? How often do you discard ideas in the fear that people will laugh at them? And how frequently do you blame yourself for thinking in a way that nobody else around you does?

It is a taboo in our society for standing out or being different. Disgrace or ridiculousness comes in the life of people having unique thinking patterns are but they achieve success ultimatly. So what is people’s obsession with ‘tradition’?

As much as people want to be ‘modern’ and welcoming of new ideas, they fail at letting go of tradition, which can become quite toxic when left ungoverned. Change and tradition don’t exactly go hand in hand, which gives rise to a number of problems to people who want to break free from the shackles of societal norms.

A lot of ideas are propagated in the name of tradition when people consciously or unconsciously follow fatal ideals. Earl Nightingale once said, “The opposite of courage in our society is not cowardice; it is conformity”. Members of society often surrender to a norm without thinking about their validity or consequences in the long run. They either do it out of the fear of being left out or to uphold their so-called tradition.

Conformity is so internalized that people give up their identities and passions in a heartbeat just to save their membership in a community. The desire to fit in is so dangerous that people don’t realize they’re harming themselves by accepting something just to please others. Conformity kills authenticity and promotes passivity.

You might not realize it, but you’re doing better than most people out there just by being a black sheep. You’re doing yourself a favor by rethinking your options before making a choice. Confirmation bias in decision making does not benefit an individual, but only contributes to maintaining uniformity of the community s/he is a part of. Instead of feeling like an outcast at work, you should be proud of yourself.

Then why is it that people conform? Because the challenge that accompanies rebellion is not everybody’s cup of tea.

The Black Sheep Community is for like-minded individuals not afraid to express their opinions. And those who do not fear being questioned are the ones who make great leaders. They possess the wisdom and understanding to face challenges lying ahead of them. Such leaders show resistance because they have answers to all the questions ‘tradition’ will throw at them.

The Paradox of Success: How do I Know I Have Achieved It in my life?

We have conversations with strangers all the time. Sometimes we meet them on the train, while waiting for a bus, or while sitting on a park bench. Sometimes we only exchange pleasantries, and other times we have heart-to-heart earth-shattering conversations.

Has any conversation ever made you introspect?

As much as we are influenced by people we know, we also pick up good things from strangers because we don’t know their flaws. In our short-lived conversations with strangers, we allow ourselves to look at life with new perspectives. And those words are the most impactful ones, don’t you agree?

So if a single individual manages to help you outsmart your own biases in a couple of minutes, imagine how much that person must have achieved in a lifetime! But that’s incorrect. That stranger probably didn’t have any motives to influence you. Nevertheless, that stranger becomes somebody you can and will never forget.

So how much credit is due to that stranger for changing your life?

So why is it that you fail at crediting yourself when it comes to your own actions? We as humans only look at the tiny details when it comes to counting our achievements. We seldom look at the bigger picture, which is a thousand times better than what we are looking at right now. The bigger picture could be changing somebody’s perspective, or giving them a new reason to look forward to a better life. It’s like introducing enlightenment to somebody’s life!

All you need to do is be a forward thinker when it comes to being a leader. The capacity to differentiate between right and wrong/ good and bad (Practical wisdom Aristotle) is perennial to leading change. As a leader, you don’t have to cause monumental revolutions to classify as successful. Impacting a single life in itself is a huge achievement. What’s best is that the person you positively transform will come in contact with others to share your words of wisdom in life. And gradually, your movement will be taken forward until it becomes immortal.

Besides, who knows, you too could be somebody’s stranger in life.

A leader is often thought of as somebody who leads by staying ahead of everybody to represent the crowd. This image of a leader is incorrect and negatively impacts how such a responsible position.

A representative is merely a spokesperson of a community or group of people who share the same viewpoints. S/he is just somebody among like-minded people who speaks on behalf of everybody and represents the community as one.

As somebody who is willing to challenge tradition, a leader must possess qualities that help him/her keep all members of the group united. To be bold enough to speak and patient enough to listen are mandatory leadership skills required for this task. There are moments when there’s conflict in the group, and the forward-thinking skills of a leader can help pacify and solve the situation.

To lead is to guide, and guidance comes from knowledge and wisdom. Speaking up requires courage as well as a thorough understanding of what’s being discussed. A leader must learn to think critically to impart wisdom and understanding to others.

Role of a leader in life

Since leading is a challenging task to handle, problem-solving tools and techniques come in handy during times of crisis. To locate a problem, to find out its causes, discuss its possible solutions. And to settle for the one solution that causes least damage are few of the key problem analysis techniques required to make sure that you make an efficient leader.

The power of change in life is what drives a representative, with the aim of being achieving the goal of her/his community. If you are speaking up for your people, then you must know what you are standing for and do everything in your capacity to make that happen. To earn the faith of your community is also a part of the job as a leader. Loyalty gets people places.

And lastly, a leader needs an outsider perspective to carry out her/his tasks. Referring to the title of this blog, a leader needs to adopt a 360°perspective at things so that all the pros and cons are weighed equally while dealing with a matter. This flexible thinking ensures that all situations are properly assessed in the decision-making process.

Being a leader is not an easy task. And definitely isn’t for the ones who can’t take up arms against challenges. As a people’s representative, you must keep yourself last. For a leader addresses the crowd at its front but supports it from the end.

The Duality of A Leader’s Nature

You are sitting with your fellow black sheep deciding on the next course of action, and are faced with a problem. Half the members provide one solution, while the next half suggests another, and both are quite adamant about their beliefs. How do you resolve the tension?

Some situations require the calmness of rational thinking to find a feasible solution to problems. Emotions, on the other hand, are beneficial in situations where human relations are involved. While intellect helps make rational decisions, emotion appeals to sensitivity and human senses. The world has debated for long over the superiority of reason over emotion.

An individual completely functioning on rational tends to make insensitive decisions, and entirely emotional decisions are almost immediately regretted as they interfere with judgment. Hence, to master your mindset as an astute leader, you must know when to apply which part of your mind and with what intensity.

In order to settle the matter your group is facing, it is wisest to rationally decide which solution is better suited while using emotion to pacify the situation and reminding them of the importance of unity.

Early philosophers such as Plato believes in the superiority of reason over emotion because it keeps the mind calm and collected. However, one cannot overlook the absolute necessity of emotions while handling humans capable of feeling. Emotion is more inherent to humans and makes them who they are. The reason, on the other hand, is for emotions to refine one’s decision-making skills. The human brain is to feel and think at the same time, so leaders cannot make decisions while keeping one isolated from the other.

Let’s take this opportunity to address the wisdom vs intelligence debate when it comes to leadership qualities. Intelligence measures the brilliance of an individual, while wisdom marks the person’s understanding of life and responsibilities. One might make a good leader being intelligent, but it is only a wise person who is excellent for leading people charged with energy and emotions.
Since a leader’s task is to guide and keep people together, the nature of management must be secured with foresight. The bigger purpose is not to be forgotten: To unite all black sheep and lead a revolution!